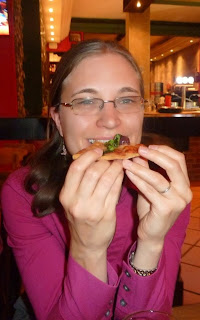 Editor's Note: This is the second in a series of posts about my trip to South Africa. You can find the first one here.


The organizers of the conference I attended at Wits University are trying to develop infrastructure for the field of history of medicine in southern Africa. The conference drew an international group of participants, most of whom work on African topics, including HIV/AIDS, tuberculosis, cancer, hospitals, and traditional healers. The keynotes were outstanding and many of the papers excellent. My favorite was from an American graduate student in public health, who pointed out that epidemiologists studying HIV in South Africa tended to import population categories from North America and Europe, namely “men who have sex with men” (MSM). However, that label is not used among the general population there and does not fit their actual behavioral patterns, so he was urging the epidemiology community to re-examine its terminology. I thought it was a great example of the practical usefulness of the humanities to the medical sciences.

“Wits” is the recently shortened moniker for Witwatersrand University, the most prestigious institute of higher education in South Africa. Its original Afrikaans name reveals that it was once a university for whites. Today its student body is racially mixed, the professoriate less so, reflecting a generational gap in the training of non-white scholars and a distrust of historically white institutions. Indeed, at the planning meeting the day after the conference, there were no black Africans and only a single Indian, a genial psychiatrist who sat next to me. He and I talked about integrating more exposure to medical humanities at all stages of medical training and practice. In South Africa, they have a universal curriculum, so this group just needs to find a way to made it on the schedule. Unfortunately, there is talk of decreasing the course length from 5 to 4 years. In the US, every medical humanities program must be tailored to each medical school, so there is more academic freedom but less transferability.

Since food and nutrition are hot topics, my panel was scheduled for the main conference room and was video taped. A third panelist had had to give her paper early and leave for the States again, so our panel of two started a half hour later than advertised. That was good, because by the third day of the conference, people were straggling in on the mornings. Nevertheless, we had a good crowd. I thought it went quite well, although most of the questions were directed to the other speaker, an anthropologist working through a new way of thinking about food and digestion.

One particularly nice feature of this conference was the organizers’ efforts to expose us to local culture. One night we attended the close of an exhibition at the Origins Centre of art by Colin Richards (1954-2012). Richard's unwitting participation (as an anatomical illustrator) in the cover-up of the highly suspicious death of Steve Biko in 1977 while in police custody profoundly changed him, really opened his eyes to the politics of art under apartheid. He did beautiful and sometimes quite critical work until a fall cut short his prolific life. The conference attendees had fancy hors d’ourves while the director of the institute interviewed his wife, Penny Siopis, who had put together the exhibition and is herself an accomplished artist. 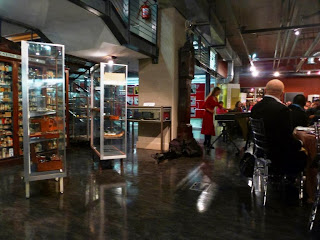 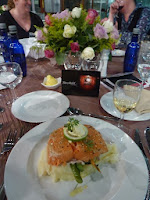 The next night dinner was held in the Adler Museum of Medicine at the medical school. It had a thorough exhibition on the history of HIV/AIDS as well as artwork inspired by the epidemic. There were also more traditional objects, like a doctor’s kit, scalpels, and an iron lung. Most of that was cleared away for all our tables—and a Japanese xylophone player.* Above on the left you can see some of the display cases, in the background the musician, and to the right the tables filling the museum. They fed us well in general, but the formal dinner was particularly excellent: in addition to salad and dessert, the main course was salmon and asparagus on mashed potatoes. Unfortunately, on account of me cooking for myself and eating the rest of my meals at the conference, I didn’t get to experience much quintessential South African cuisine the first few days.


Several of us went out for drinks after the conference ended; I finished off someone’s thin-crust pizza (lead photo). Dear Husband wants to know why I won’t eat pizza in the Northern Hemisphere. Maybe he has to get me drunk first? Ha--good luck with that!


* If anyone could tell me the correct name for this musical instrument, I'd be much obliged.