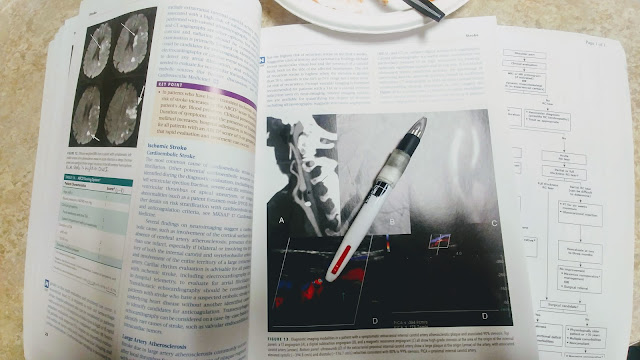 Sometimes residency sounds like listening to 1980s synthesizer pop songs while studying neurology over breakfast in the hospital cafeteria before a moonlighting shift in the Neonatal ICU. It was a bold choice for 6:30 on a Saturday morning, and I salute whomever decided we needed Bonnie Tyler and Duran Duran to jump-start our day.

Incidentally, there are just 136 days left in my residency program (but who's counting?). I'm hoping to get to an even 100 What Residency Looks Like posts by then. For your nostalgic enjoyment, here's the official music video for Europe's famous song:

Newer
Posted by Kristen Ann Ehrenberger at 6:33 AM No comments: 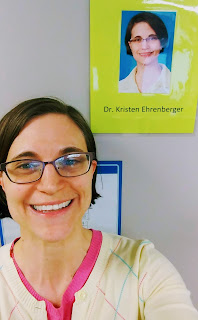 Sometimes residency looks like your facecard hanging on the wall when you are the "Clinic Supe" (supervisor) for the month. It's a relatively new position whose duties we're still figuring out, but so far it involves leading the pre-clinic conference lesson, managing the flow of patients, teaching the medical students, handling paperwork for absent residents, answering all manner questions, and blogging about it. I am also doing a small quality improvement project about making referrals for nutrition counseling.

What Residency Looks Like LXXXVI: On Red Team, we are positive

Over the course of one month, Red Team took care of 102 patients: 64 women and 38 men. They ranged in age from 20 to 95 years old, with an average of 63 years old. While most were admitted for 2-3 days, their length of stay ranged from less than 1 day to 52 days, with a few long admissions pulling the average up to 6 days. There were three codes and two deaths. One patient signed himself out against medical advice. We transferred 2 patients to Family Medicine, 2 to Cardiology, and 1 to Cardiothoracic Surgery.

One patient refused dialysis, but his kidney function improved anyway; another patient's kidneys got worse and had to be started on dialysis. Most of the people admitted with chest pain concerning for heart disease were discharged with other diagnosis, but two of them went to the cath lab to get stents for on-going myocardial infarctions, and in the process they reminded us that women's heart attacks can present differently than men. We diagnosed four people with cancer, one of them for the third time.

The team shared lighter moments, such as the patient who asked us to autograph her facecard.* The workroom was often filled with laughter, sometimes with music, and once we smuggled a chocolate candy bar on rounds. Some patients had interesting allergies listed in their electronic medical records: tomatoes (reaction: worsens arthritis^), oral diuretics (but somehow not IV diuretics), and cocaine (!). One woman took a record number of herbal supplements at home (9).

There were difficult moments: The patient who made sexist comments about one of the medical students in the middle of morning rounds. The woman who didn't like the intern who wears a headscarf and speaks with an accent. The patient who insisted against all evidence that the interns had asked the nurses to dilute her pain medication. The family member who complimented "the colored boy," a young African-American patient care technician who helped feed her husband when he couldn't do it himself.

There were moving moments: One man had a peaceful death in the same wing of the hospital in which he had been born. One of our "difficult patients" thanked me for pulling up a chair most afternoons of her month-long hospital stay: "No one else comes to visit me." Another "difficult patient" cried when I told her that I was rotating to a different hospital. We became close with the staff on the floor, too, including one of the nurses, who--having been publicly berated by a patient's family member--tearfully confessed to me, "I feel like I'm a member of your team."

Medicine is a team sport: patients, doctors, families, nurses, consultants, food service, environmental service, operators, therapists, care managers, social workers, secretaries, and ED staff. We don't always agree on the diagnosis or the plan, and sometimes no matter how hard we try, we cannot not fix a patient's problem, but the important part is that we are in it together against pathology and red tape, not each other. This weird and wonderful calling of caring for sick people, often at their worst moments, can sometimes bring out the best in us and others. On Red Team, we are positive.

*A facecard is just what it sounds like: a piece of card stock with the names and faces of the medical team taking care of the patient.
^This medical myth was promulgated by a 1993 theoretical paper but has never been substantiated by high-quality evidence.
Posted by Kristen Ann Ehrenberger at 8:02 PM 1 comment: 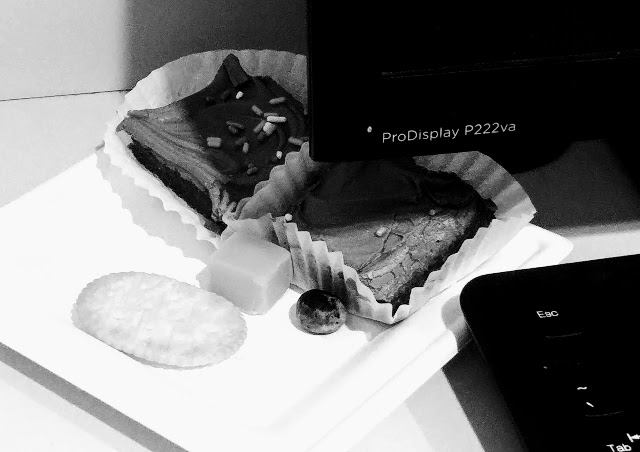 This poor person: I sat down at the computer station outside of the conference room and spotted this little paper plate of food tucked behind the monitor, including not one but TWO "crack brownies," every trainee's favorite dessert. I wonder how long it was before they realized they had left their stash behind?

Newer
Posted by Kristen Ann Ehrenberger at 12:51 PM No comments: 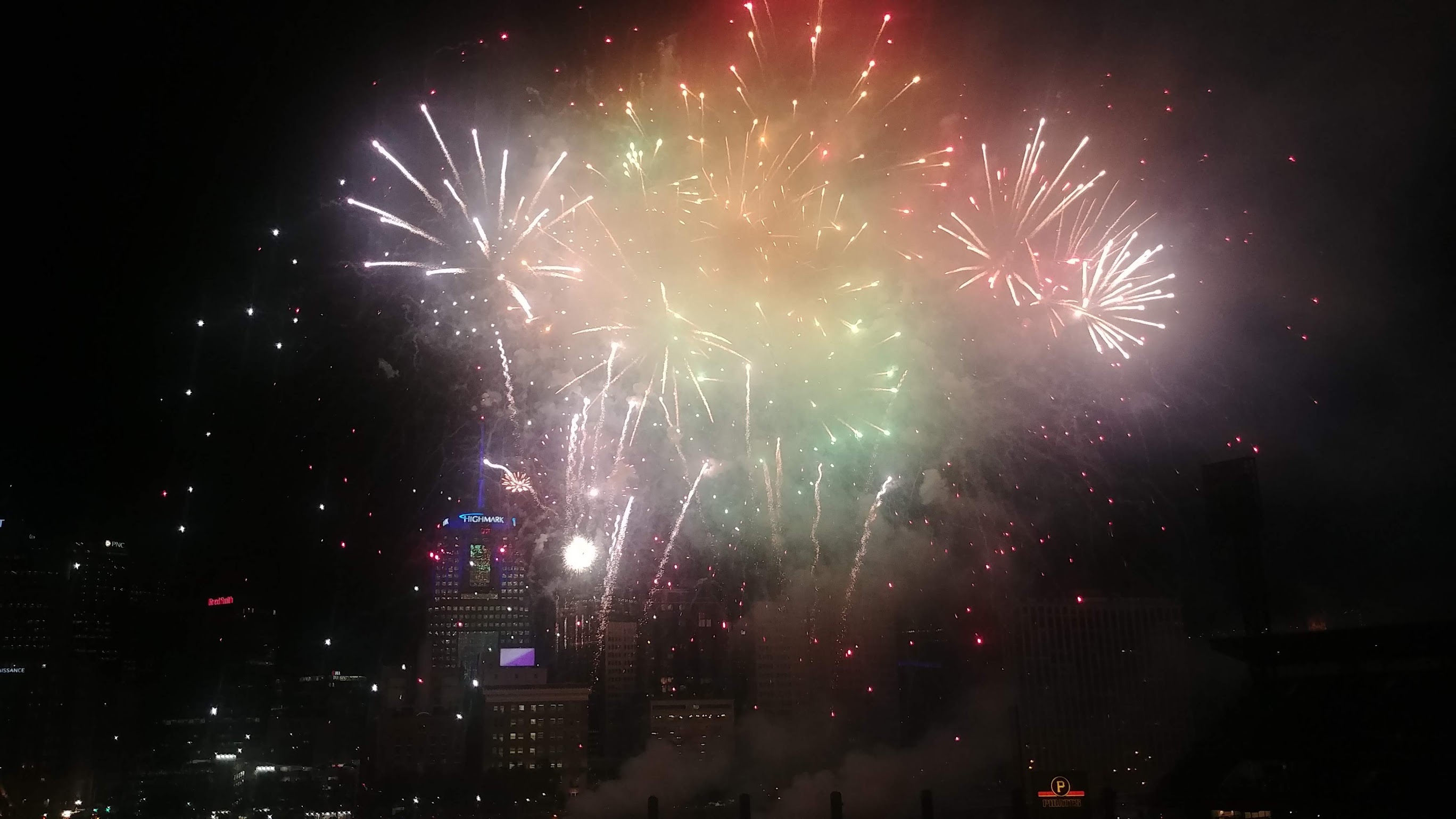 Happy New Year! As I have for the last 5 years, I collected tickets, photos, and snippets in a decorated jar that I wanted to remember from 2019. Here they are, illustrated and in roughly chronological order. For prior years check out 2015, 2016, 2017, and 2018.

Starting the year with a trip to the holiday lights display at the Phipps Conservatory in January. 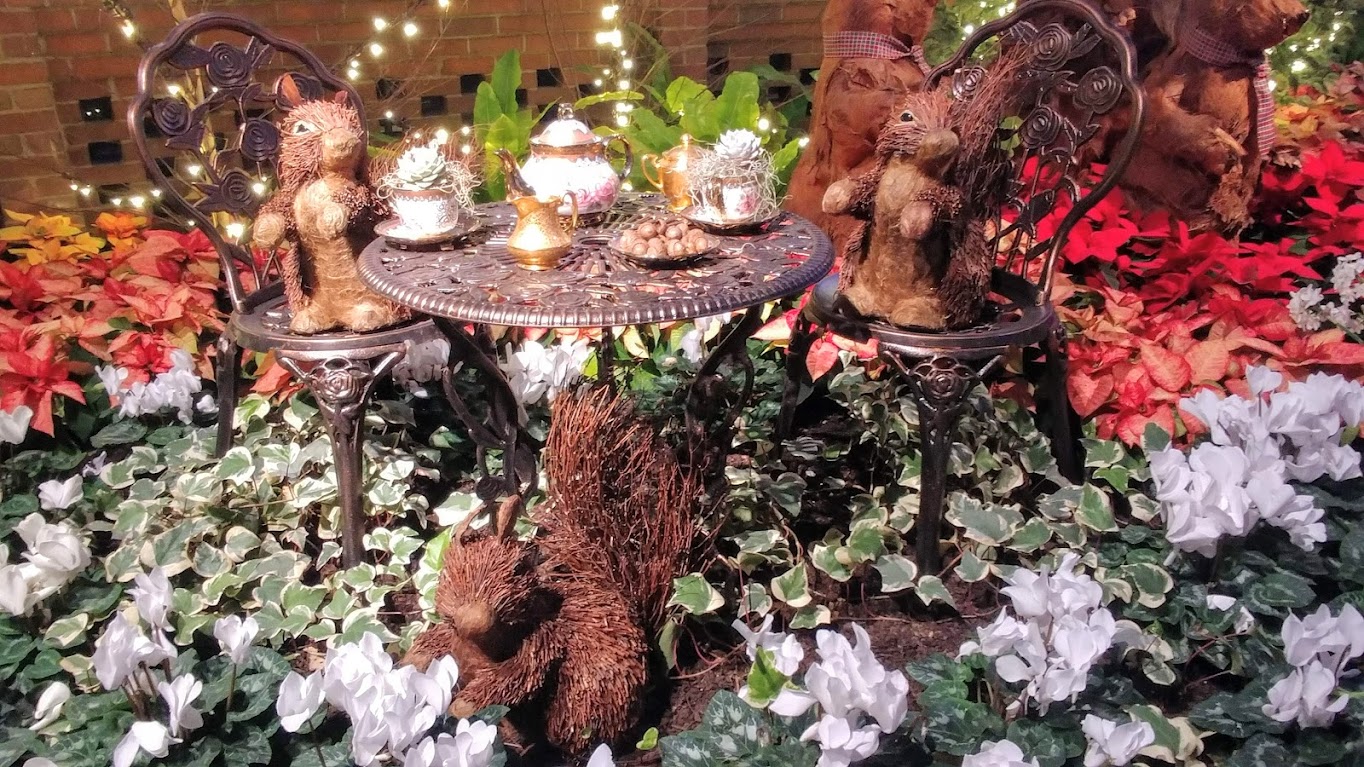 And the fashion show at the Frick Museum. [Blog post pending time to write it.] 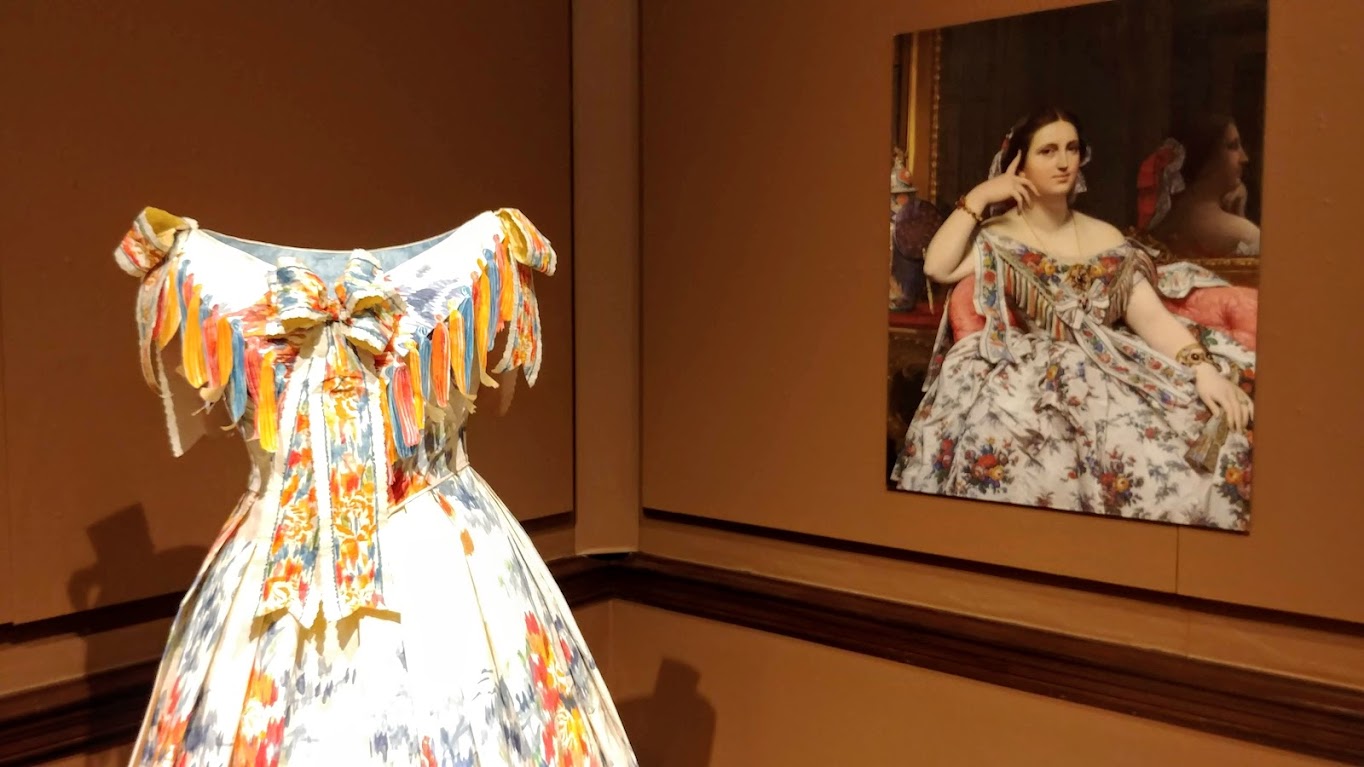 When I asked a "difficult patient" to "give me a big squeeze," and she held up her arms for a hug! (I wanted her to squeeze my fingers to check for grip strength but accepted the hug instead that day.) 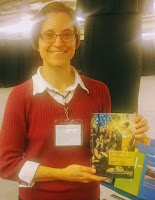 That my book chapter (right) and poem were finally published!

Watching the Baltimore Orioles play the Pittsburgh Pirates at LECOM Park during Spring Training. We also enjoyed St. Petersburg's arts and culture [posts 1 and 2], as well as Ybor City [post 3]. However, the in-depth Frank Lloyd Wright tour of Florida Southern College I still need to blog about. (The last day of vacation often gets short shrift.)

Lewis Black's "The Jokes on Us Tour" at Heinz Hall back in April.

When my attending complimented my communication skills on rounds, and every time someone mistook me for a final-year resident while I was still a third-year resident.

A wonderful house concert with terrible angles for photos. Indecent, the play about Jewish author Sholem Asch and his (in)famous stage play about lesbian love set in a brothel that we attended at the O'Reilly Theater in May on Yelp Elite tickets.

The time on pediatric night shift that theme for our weekly potluck was "RIP Pop Stop," and the menu consisted of "Bieber, milkshakes, snitches get stitches, and quesa-Dallas" (which were delicious, if you're wondering).

Attending a Sherlock Holmes-themed high tea [blog post]. in May Unfortunately, watching Quantum Theater's King Lear outside at the retired Carrie Furnace at the end of the month was a literal wash out from all the rain.

Taking a visitor from Iran to a pro-immigration rally. 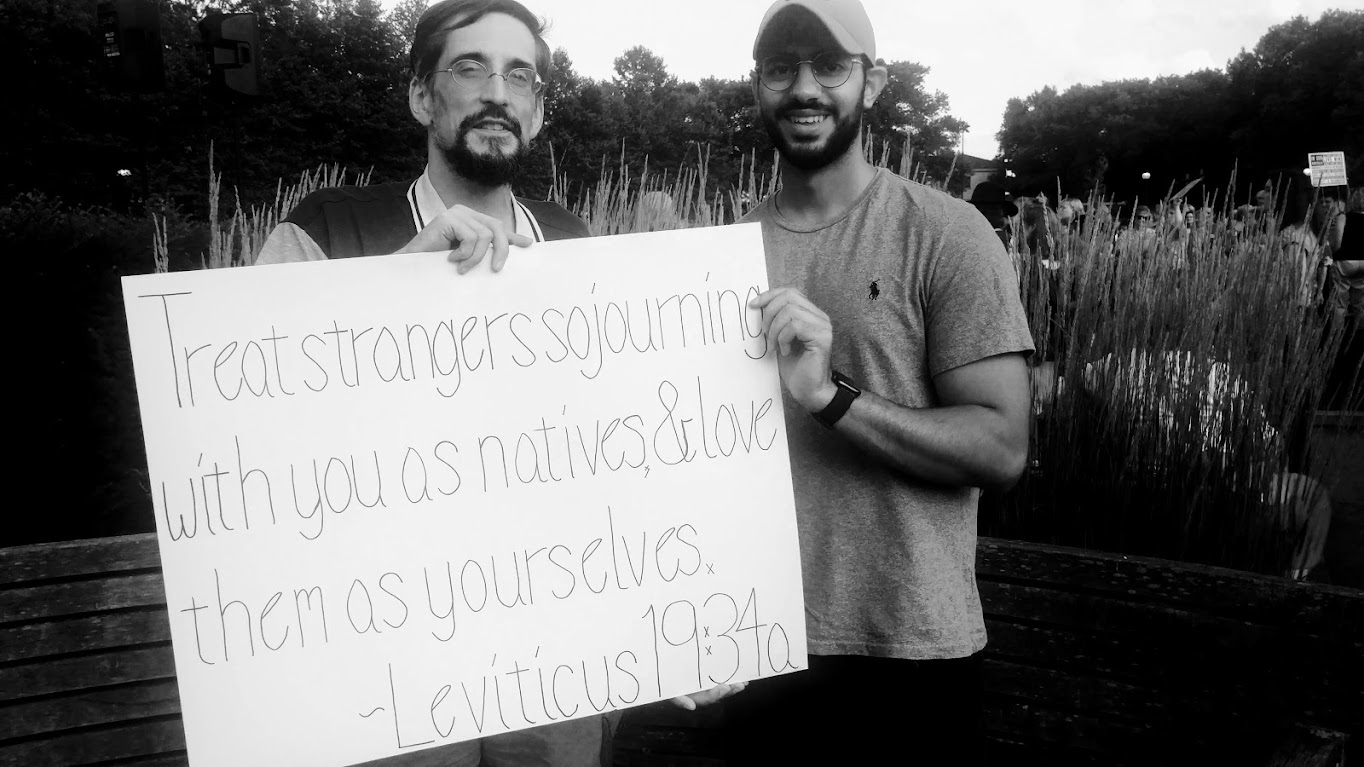 "Thank you for being an excellent person." WOS

"Working" 364 hours as first jeopardy and never being called in, which might be a program record [blog post].

Attending our first Picklesburg street fair (sliders with pickles and a stuffed gecko): 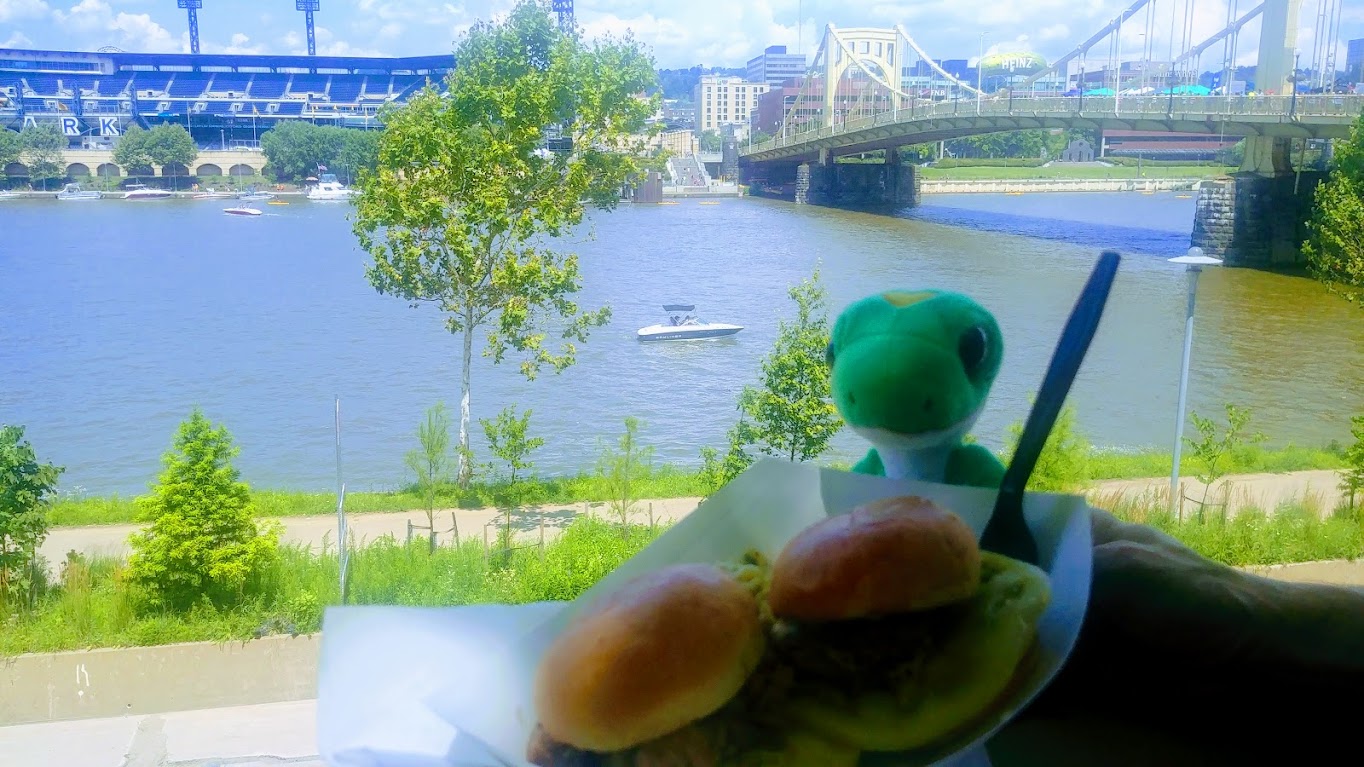 Discovering a theater-going partner in a new friend at church; we saw Kinetic Theater's locked-door mystery from Sir Arthur Conan Doyle, The Speckled Band, at the Charity Randall Theater in June, and Spamilton at CLO's Cabaret theater in August, which was hilarious even though none of us had seen the original.

The hottest Pittsburgh Pirates baseball game on a Saturday night in July. Those were free residency tickets, and we almost wished we had just stayed home. [This birthday blog post reminded me of the really delicious strawberry cake I baked and pretty much ate myself.] 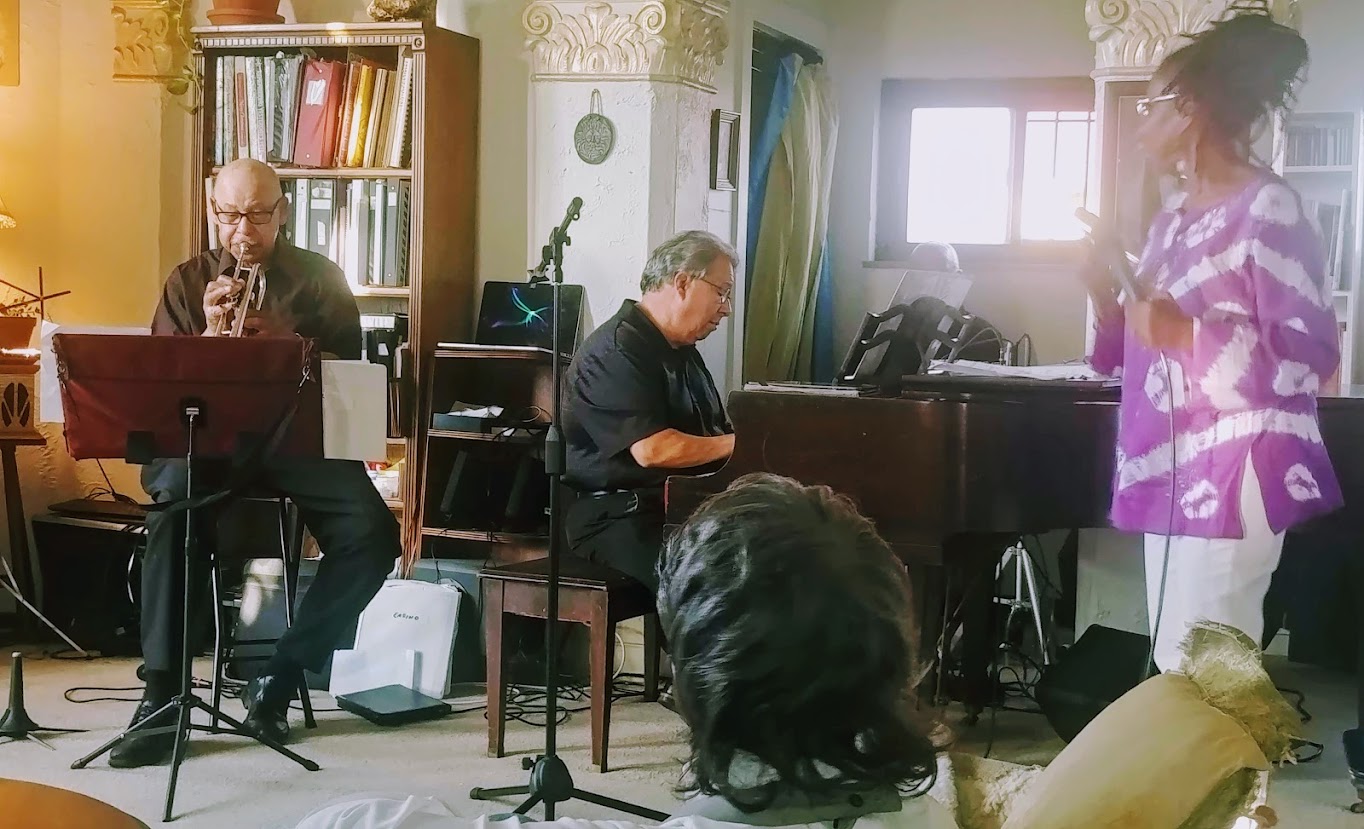 Pastor John's encouragement/thanking me for making church a priority despite residency: "You are an encouragement."

Everything about our family vacation on Smith Mountain Lake except not being able to sleep.

Being moved by Quantum Theater's world-premier of Looking for Violeta, with a friend in the cast. 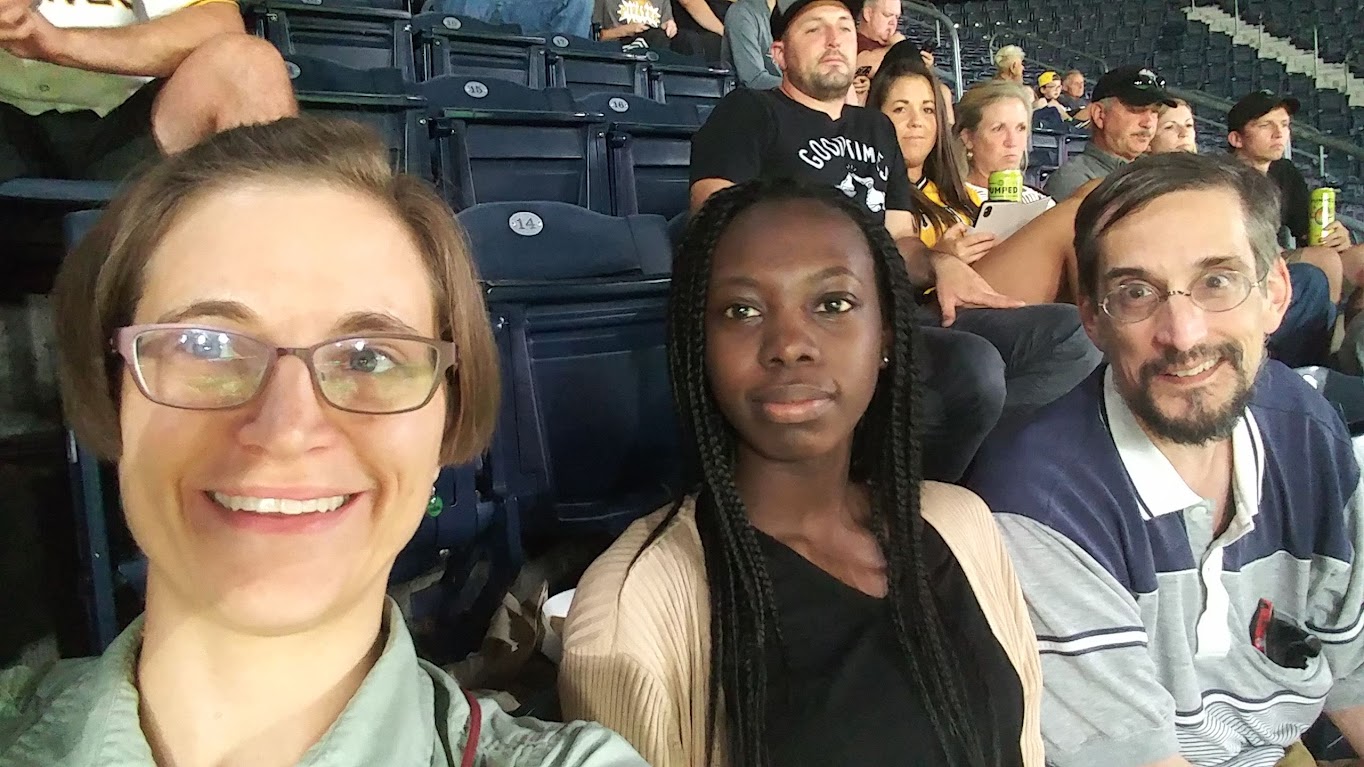 Pirates vs Reds. The tickets were free courtesy of the blood bank, and we took new friend Eunice from Ghana to her first baseball game (above).

Saw the Downton Abbey movie at the local Manor Theater with a friend after work. It was fun to watch but not high art by any means; the plot really needed an editor's hand to be tighter. 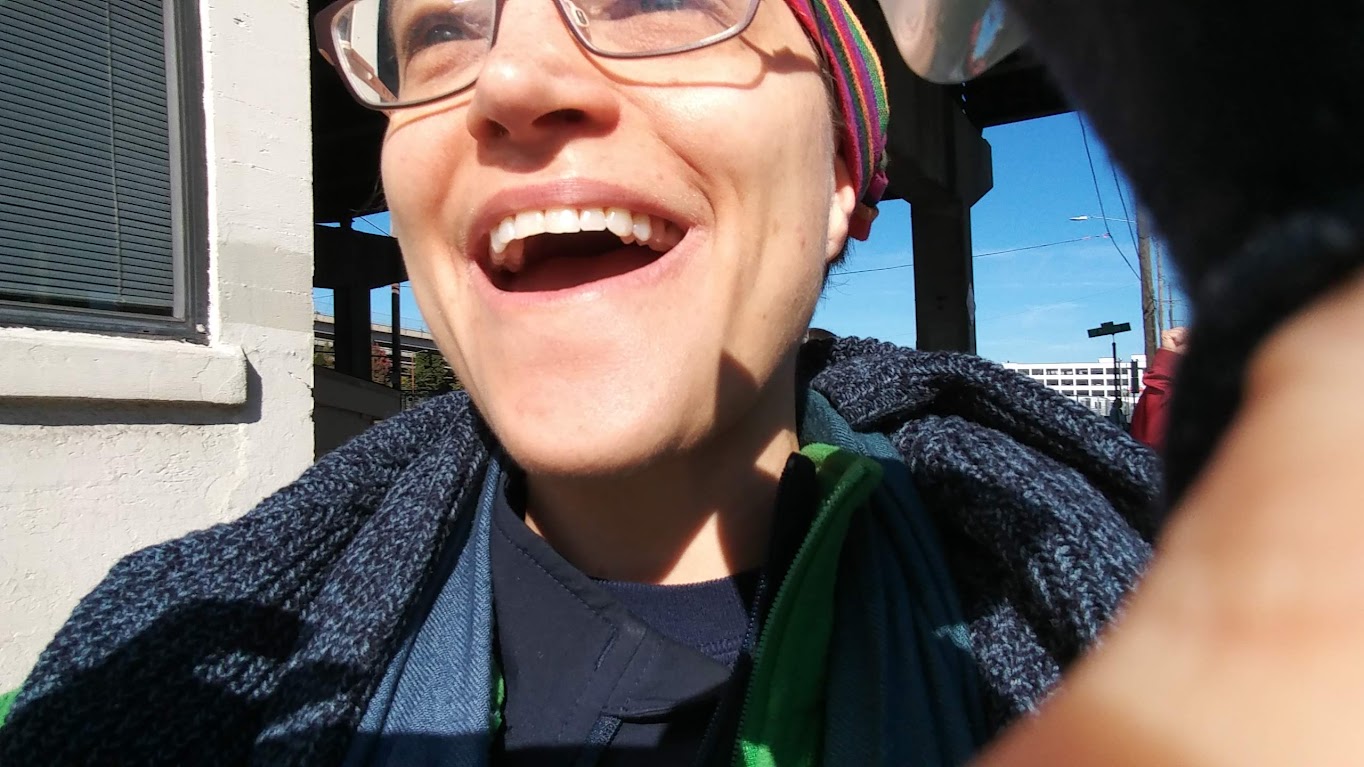 The satisfaction of a clean team room. Also, referring to myself as a "super senior" since I'm in my fourth year of residency, when most people finish after three years.

The first time Rosamunde climbed up onto my chest for pets while I was lying the cough with my laptop. (This is her from another time.) 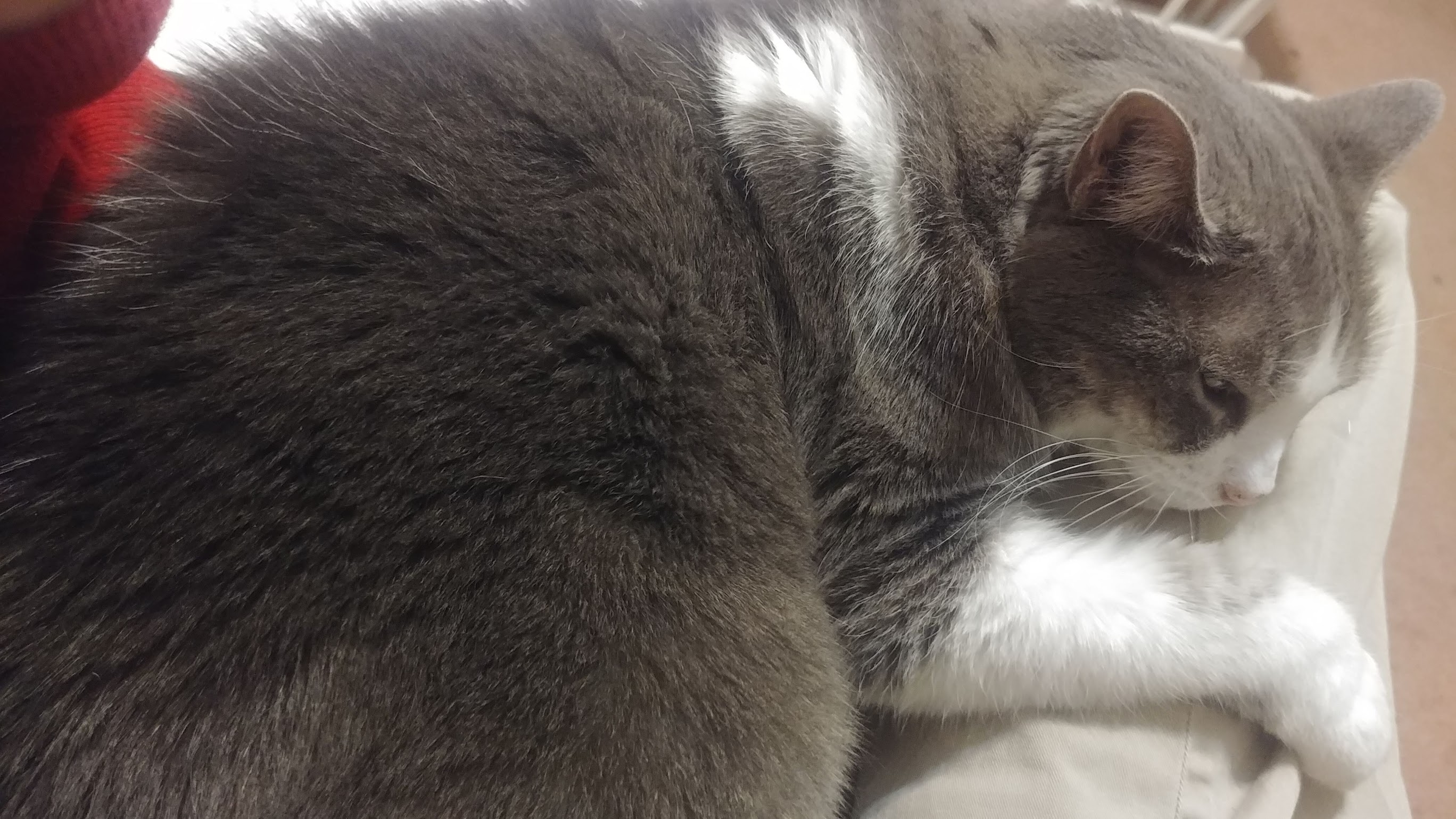 I still need to blog about the Japanese garden-themed Fall Show at the Phipps Botanical Garden, where we used the last of the free tickets I won in a photo contest.

The outpouring of concern when my Facebook Messenger was hacked.

Researching and writing a senior talk on Health At Every Size(R) and the anti-dieting movement that was well received. And lots of Med Peds people showed their support! 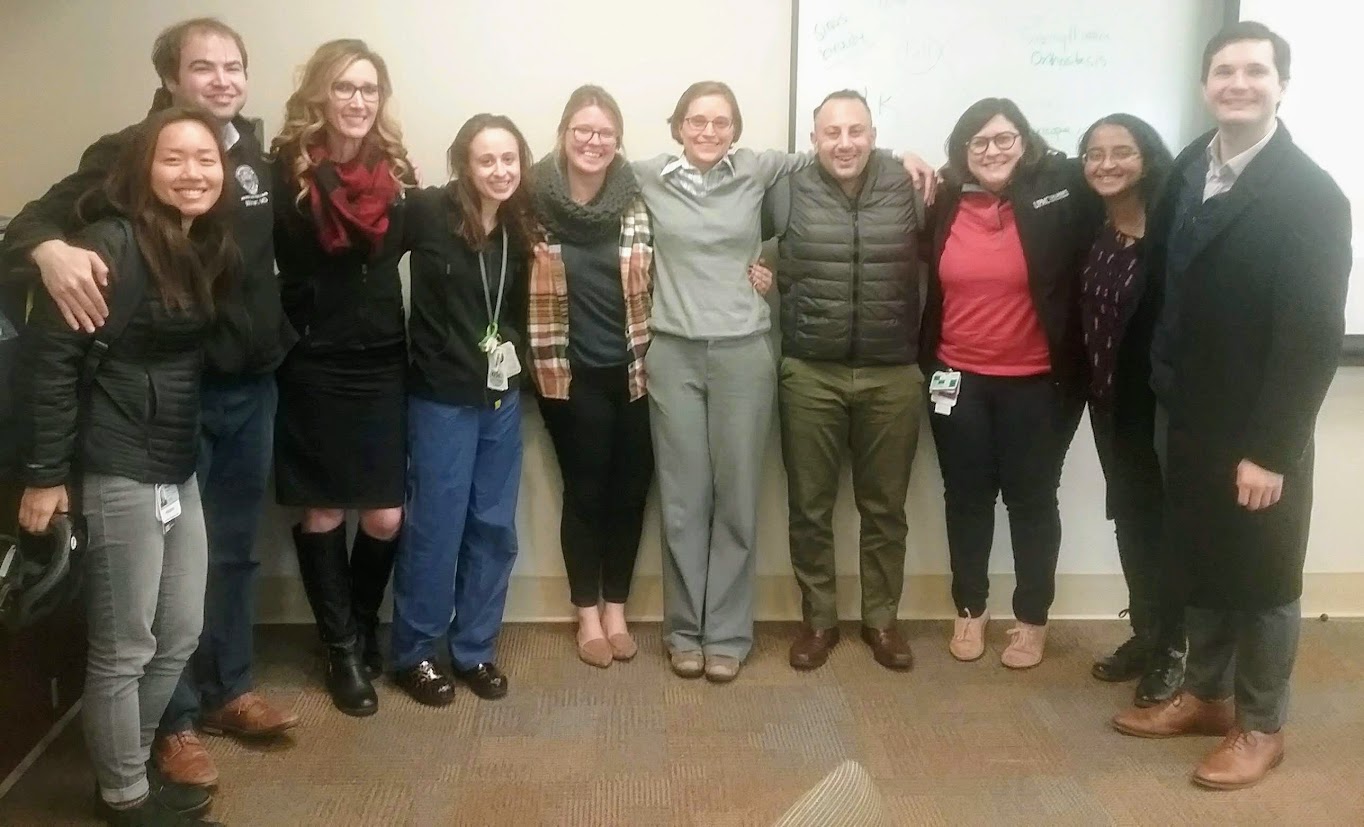 This quote board from work.

Seeing a really excellent play with a 100% African-American female cast, School Girls; Or, The African Mean Girls Play, at the O'Reilly Theater, with a friend's free tickets.

The patient who wished me "Happy Thanksgiving" across the clinic parking lot, and getting to celebrate with my extended family this year.

Watching a friend's kid star in A Christmas Story at the local middle school.

That's hardly everything that happened in 2019, but it's more than enough to remember that, personally and professionally, it was a pretty good for me. I haven't decided yet whether I will continue the rememberlutions jar, but here are things I am looking forward to in 2020: teaching history of medicine again, graduating from residency (aka last graduation EVER), starting my first job as an attending, and celebrating 15 years of marriage.

What good will you remember from 2019, and to what are you looking forward in 2020?
Posted by Kristen Ann Ehrenberger at 11:51 AM No comments:

Email ThisBlogThis!Share to TwitterShare to FacebookShare to Pinterest
Labels: family, Fest, food, friends, holiday, memory, Portland, residency, travel
Newer Posts Older Posts Home
Subscribe to: Posts (Atom)
The blog title names my three main roles and goals in life: as a woman/wife (Frau), as a PhD in German history (Doktor), and as a future complex care specialist (Doctor). I write these posts to amuse myself. If they amuse you, too, please leave a comment!