Pick a Peck of Perfect Apples 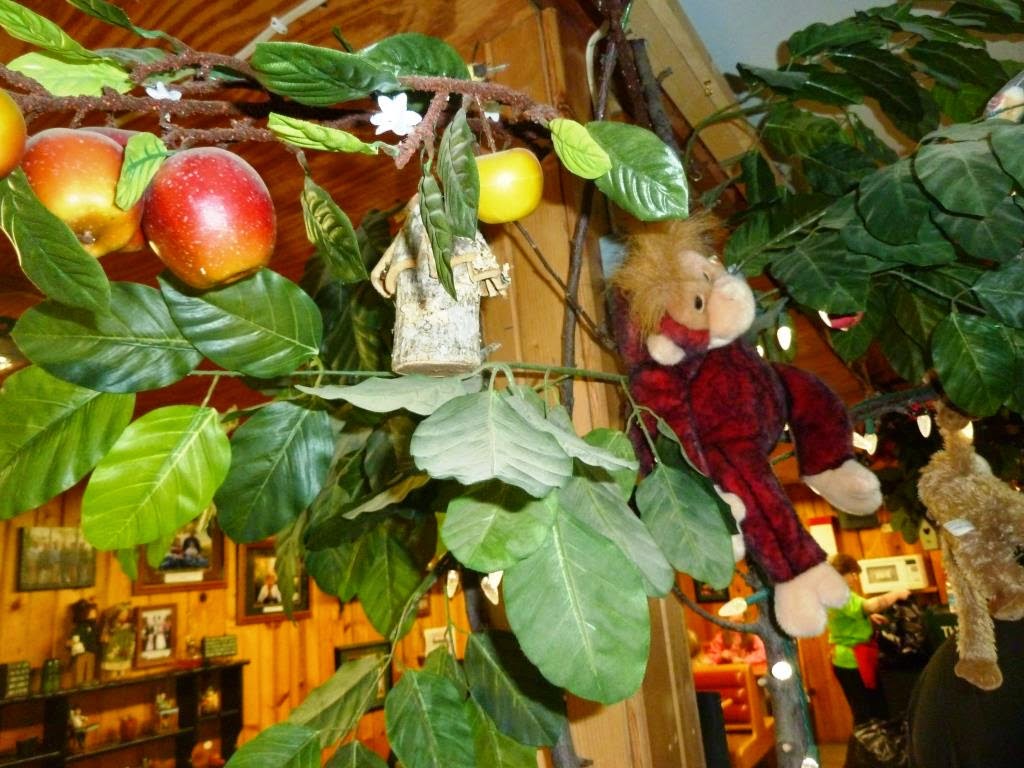 It's a flying monkey in an apple tree! The only thing that's missing is a reference to the pumpkin patch.

One of the nice things about living "in the middle of a cornfield" is that farms are really close. Out at Curtis Orchard, little kids can visit the animals at the petting zoo, big kids can reach the apples in the trees, and folks of all sizes and ages can enjoy the yummy foods and drinks they produce: apple doughnuts, apple butter, apple cider, pumpkin pie... 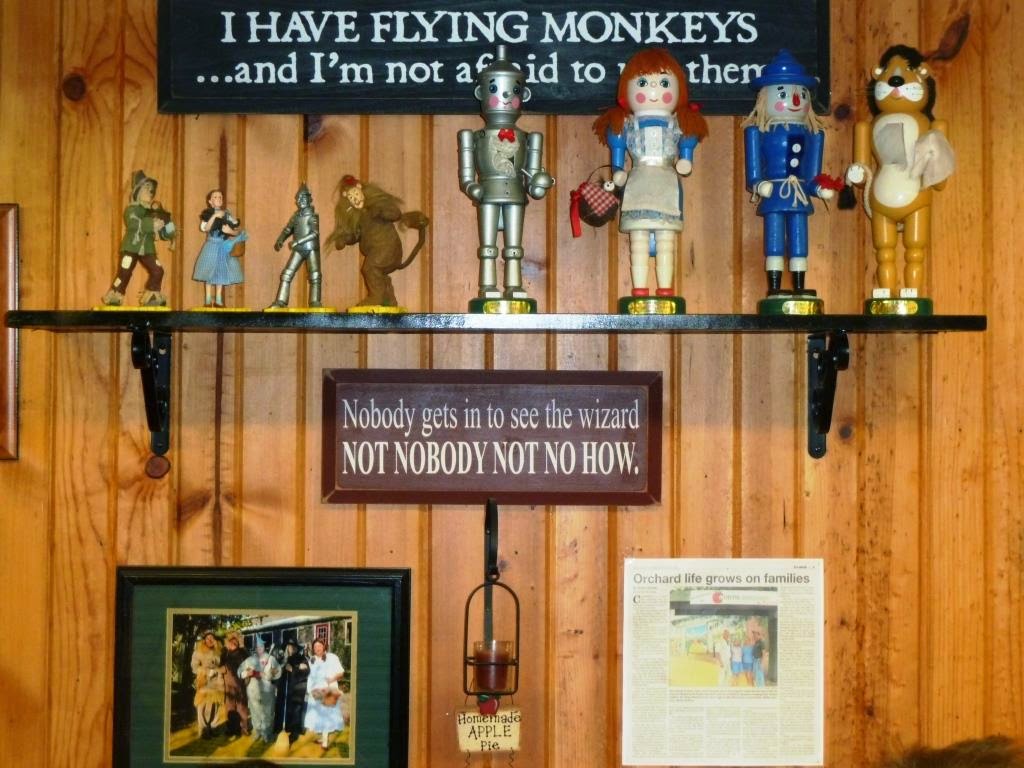 One theme at Curtis Orchard is all things farm and fall. The other is The Wizard of Oz. If you can't read the sign under the shelf, it reminds you of the Guardian of the Emerald City Gates' declaration: "Nobody gets in to see the wizard, NOT NOBODY NOT NO HOW." 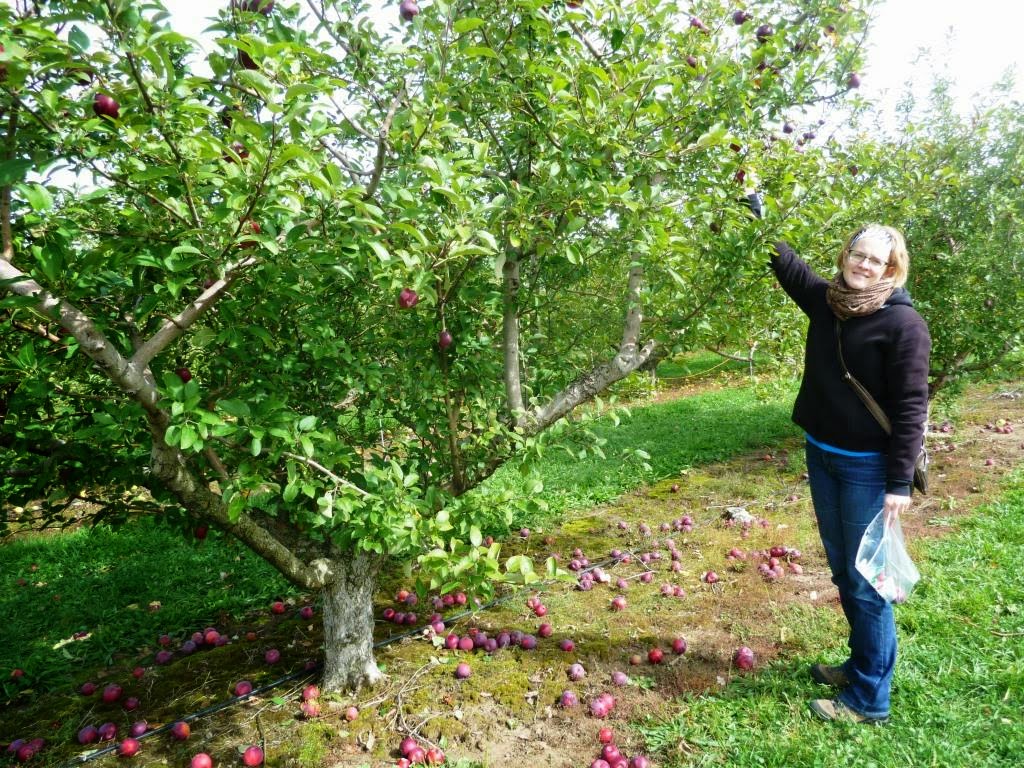 We went through the store first, to get A. a pick-your-own bag for apples, and to get me and Dear Husband doughnuts so we wouldn't starve before lunch. Next we hiked down the row of empire apple trees to the far end, where there were still some apples on boughs within reach, and back. Then we hiked out to the pumpkin patch. A. chose a warty pumpkin, while I opted for a round smooth one. 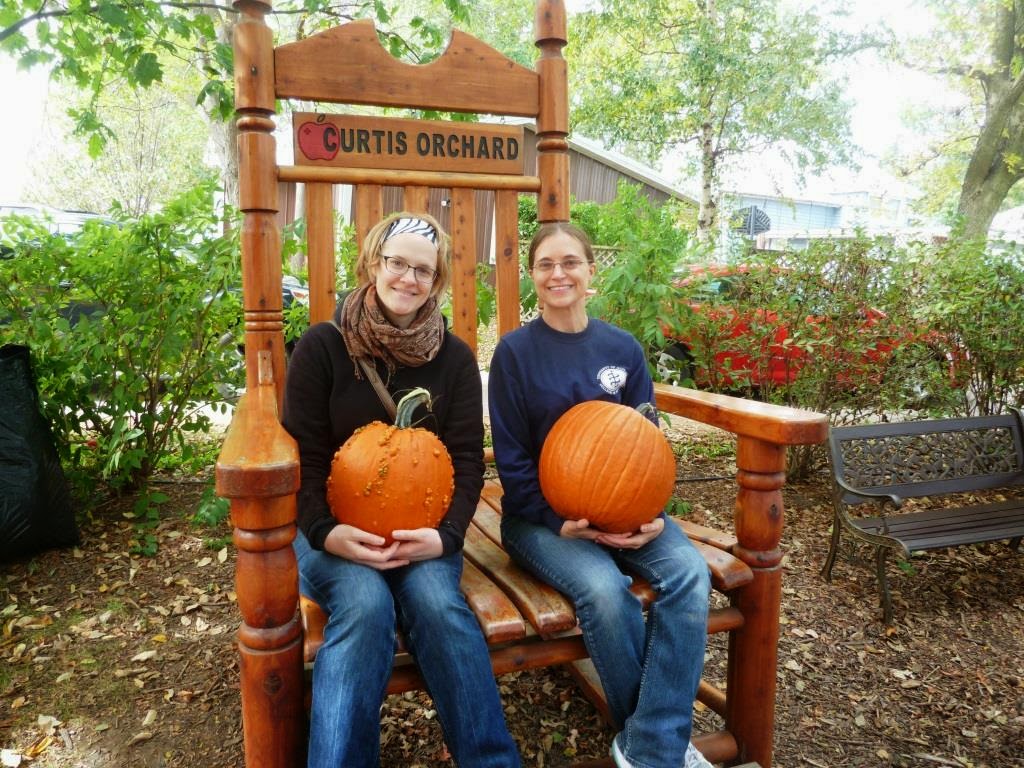 Back at the country store, we paid for our pumpkins and picked up several gallons of apple cider and a jar of apple butter. Everything was deposited in the trunk. Then it was back to the Flying Monkey Cafe for lunch. The line was so long we waited half an hour just to order. Thank goodness it was all pretty much ready to go. A. and I each got bratwursts with sauerkraut; DH wanted the pulled-pork sandwich. My meal came with two sides: a broccoli salad with bacon and craisins dripping in mayo dressing, and a large slice of pumpkin bar with cream-cheese frosting that I saved for later. 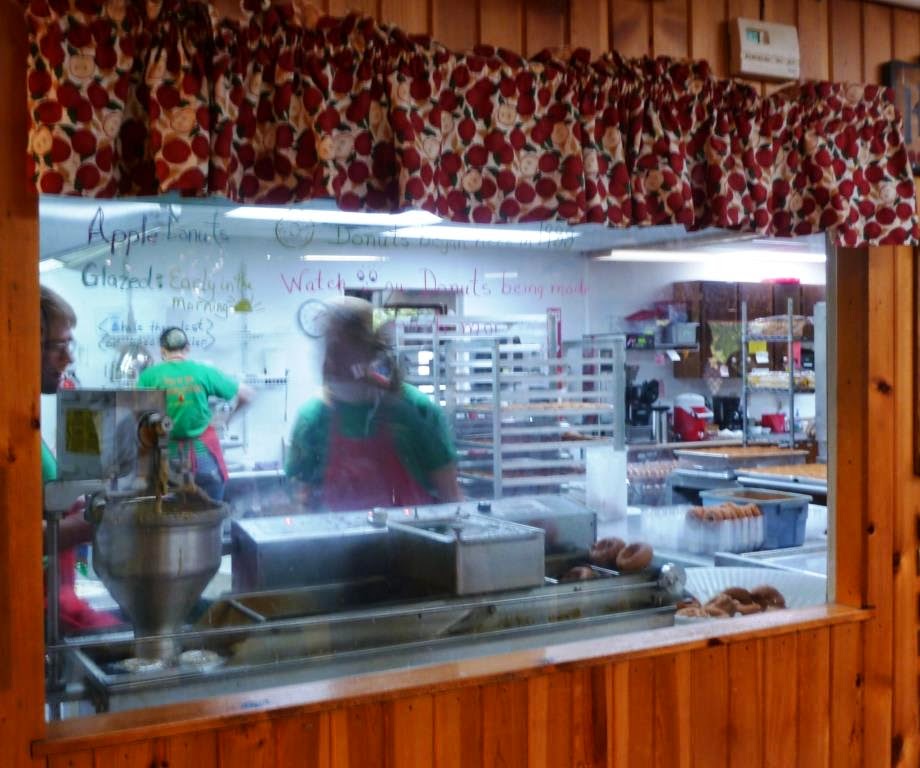 While we waited, we watched the apple doughnuts being made. Stand mixers prep the batter, which a worker pours into the doughnut maker, on the left. It swings back and forth, plopping rings of batter into the hot vegetable oil. These are carried along by a paddlewheel to be fried and then dried. On the right you can see two doughnuts ready to drop over into the collection funnel. They sell glazed and cinnamon-sugar versions. (Mine was fluffy and light but lacking on topping.) I wonder how many hundreds they must make every day?! 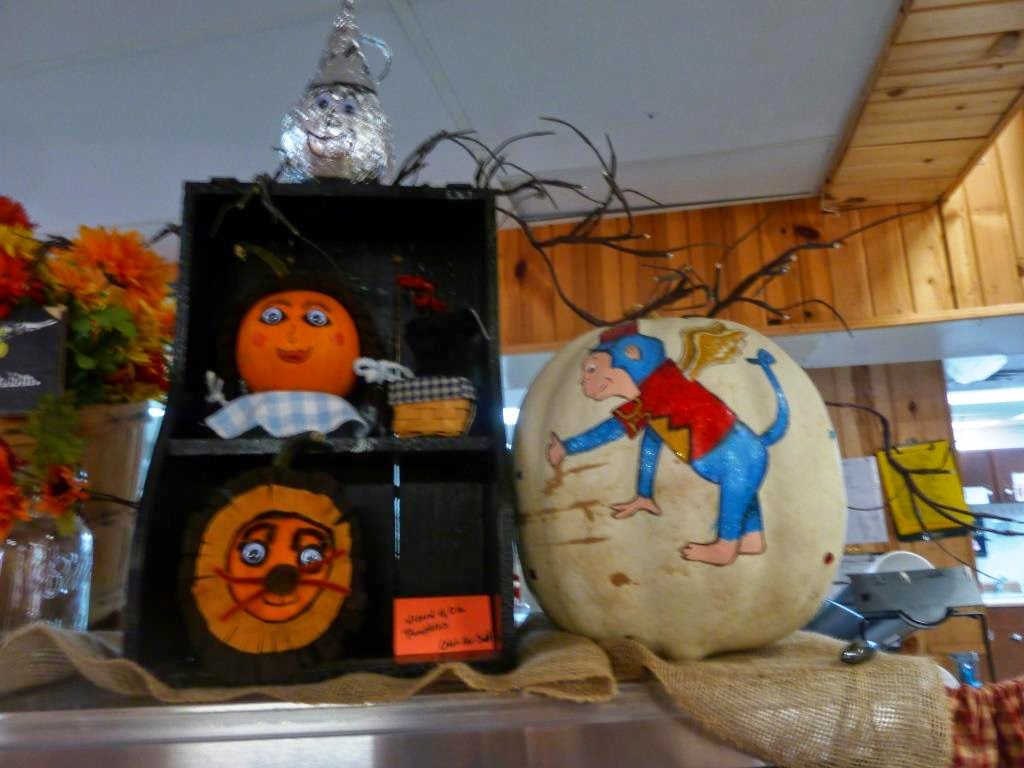