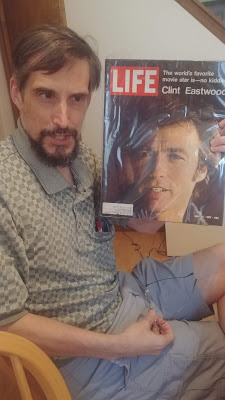 This year our birthday celebrations lasted an entire week. The Saturday before, our respective parents drove into town for a meal of country-style ribs with homemade Asian peanut sauce (below), corn on the cob, green bean salad, and Dairy Queen ice cream cake--served on our best Mikasa china, of course. The next day Dear Husband played a splendid organ concert at St. Paul's Cathedral Church, and we celebrated some more with dinner at Alexander's Italian Bistro. The portions were so large that the two of us are still working our way through the leftovers. 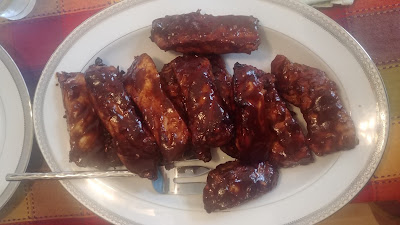 His parents brought with them the "new" 2011 Buick Regal he had purchased from one of their neighbors a few weeks ago, as his old 2004 Chevy Malibu won't pass inspection this month. 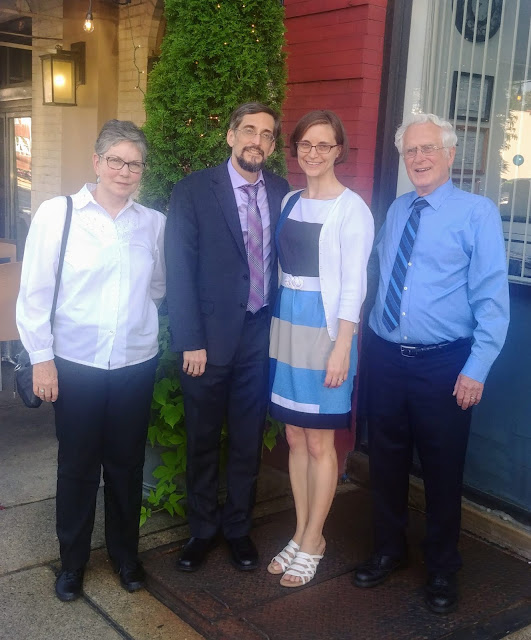 On his actual birthday I had a little window in the afternoon to sneak away from the hospital for ice cream cones before finishing my notes and attending back-to-back dinner meetings. 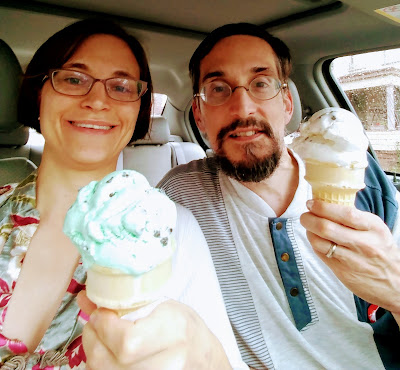 On my birthday, I worked in both the hospital and the clinic, coming home in time for dinner. Then we cleaned up for a couple friends to come over to play Bananagrams and eat snacks. 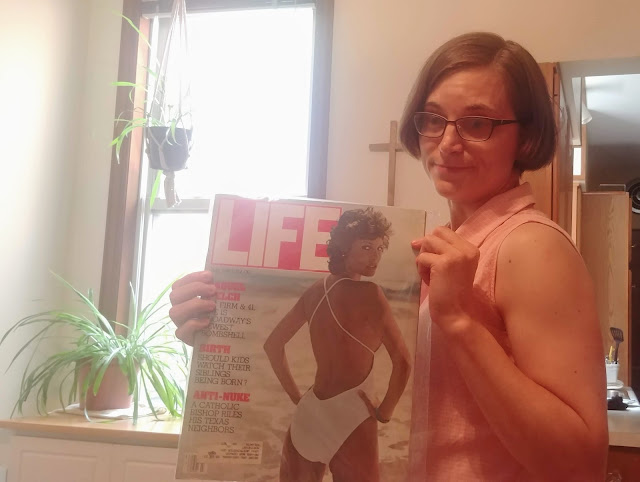 Afterwards we opened cards and presents. We were blessed this year with many electronic and analog well-wishes. Our "haul" included a new suit for DH, a photograph of him in it for my future desk, another Pittsburgh Bits and Bites tour, a glass-mosaic flower pot, some lotion, and "mad money" that will probably go toward the cost of putting new tires on the Buick. The most unexpected and memorable gifts were original LIFE magazines from the months of our birthday, courtesy of out financial planner (?!). 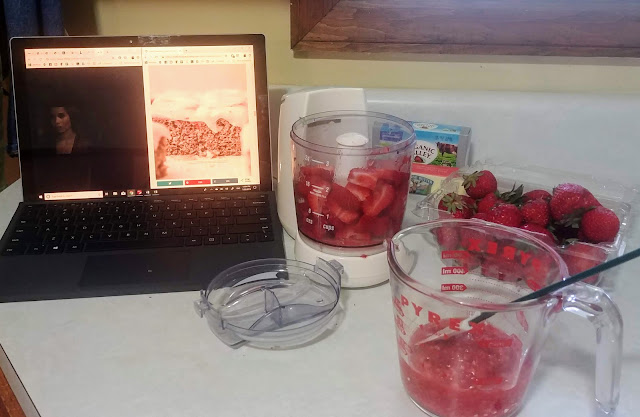 Finally, Saturday I baked myself a strawberry cake with strawberry cream cheese frosting. Jenna over at Butternut Bakery convinced me to give up the (boxed) yellow cake with (dark) chocolate frosting and rainbow-colored sprinkles Birthday Cake I have had pretty much every year for as long as I can remember in favor of strawberry cake with strawberry cream cheese frosting. Although July is a little late for strawberries, this might have to become the new Birthday Cake. The cake itself is easy enough to make and comes out not particularly sweet. But the pink frosting has 3 (or 4!) cups of powdered sugar and covers up a multitude of sins, including one slightly burned edge. That's me pureeing strawberries while watching Fantastic Beasts and Where to Find Them: The Crimes of Grindelwald next to the recipe. 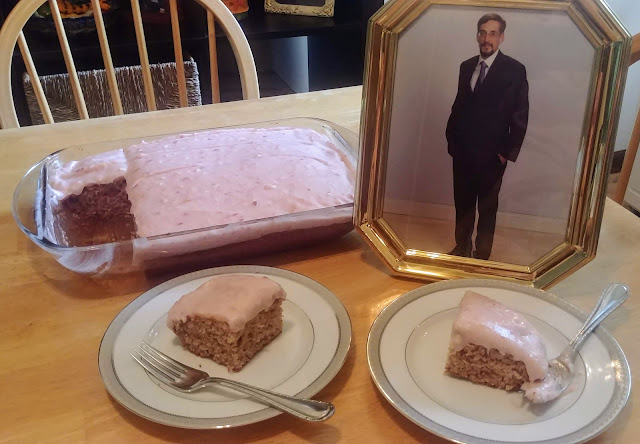 That night we had residency tickets to the Pirates vs the Phillies baseball game. On the way, we had to get around not one but two cars stopped in the middle of the road. The weather was SO. HOT: 104 with the heat index. It was too hot to sit outside, nevermind exert yourself playing baseball. There were a lot of doubles, and kudos to the pitcher who later came around and scored. I wondered if we could tolerate it for a whole 9 innings, when suddenly the ominous-looking clouds that had taken up residence above the stadium opened up. Rain delay! We hustled up the stairs from our second-row seats to the concourse. Soon it stopped long enough that we could join the line for ice cream. The temperature briefly dropped before the humidity really kicked in. In the bottom of the month inning there was some kerfuffle about a stolen base and a interference call, and the people sitting around us let the umpires know that the Pirates were going win anyway, and couldn't they just "play ball" do that the last out would put us all out of our misery?

Alas, the misery was prolonged by a concert letting out at the same time, and it took us an hour to get out of the parking garage, which was enough time to compose this post on my phone. However, we did come home with two bobblehead dolls, as the family next to us didn't need four of them. 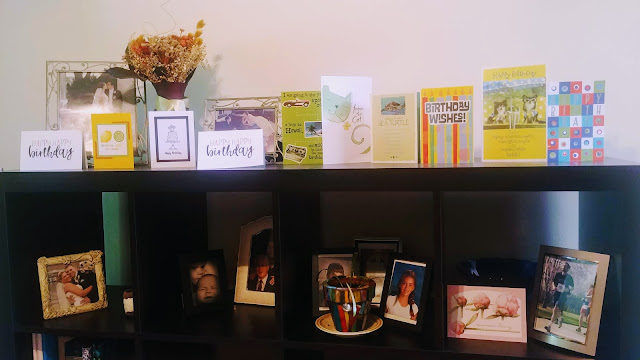 Can you spot my new little flower pot with a drooping baby spider plant in it?
Posted by Kristen Ann Ehrenberger at 11:59 PM