As American as Apple Pie

In the middle of October, I spent two weeks as a visiting medical student at Children's Specialized Hospital in New Jersey learning about pediatric rehabilitative medicine. It was the right amount of time for my schedule and interest, but the wrong length to get a hotel room or rent an apartment. Instead I found a couch bed through Air BnB. My hosts were an academic couple: a Colombian-American student teacher and a Mexican neurobiologist. I would call my second foray into the sharing economy a success.*

Basically, I lived in the living room of their apartment for two weeks. We all shared the bathroom, kitchen, and laundry facilities. Also the cat, Stella, a beautiful little year-old tabby. And we made a habit of cooking for each other: I made us shrimp couscous to eat while watching The Magic of Belle Isle (with Morgan Freeman); they made us flank steak with warm potato salad and green salsa (we watched "Deep Throat," X-Files season 1, episode 2). When I brought back freshly picked orchard apples from a weekend trip to a farm, they asked whether I had ever made apple pie. I confessed that I hadn't, and since we had no/less work on Columbus Day, we took up the challenge together.

I searched for an "easy" recipe that did not involve a pre-made pie crust and finally settled on this apple pie with a sour cream crust. Meanwhile, Tom Lehrer's voice sang in my head,
Folks of different colors and backgrounds hating on each other is at least as old as the day Christopher Columbus set foot in the Americas, wouldn't you say? So it seemed a fitting tribute for the holiday.

E. mixing the dough by hand. 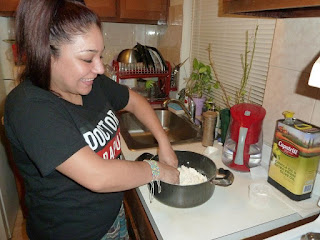 The mixture of what we guessed were Macintosh and Winesap apples. 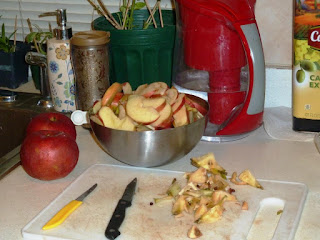 D. demonstrating how to add the right amount of flour to the dough. 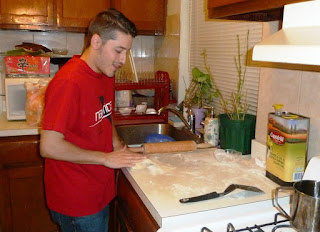 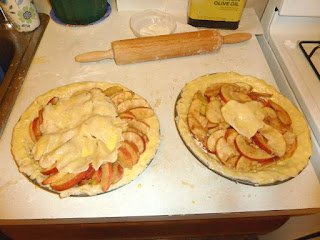 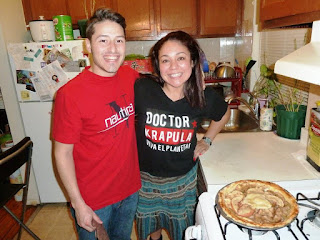 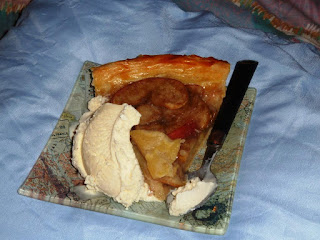 We had our apple pie a la mode with French vanilla ice cream; my hosts could hardly believe that some people like theirs with cheddar cheese. How do you like your pie?


*My first foray in the sharing economy was using Uber in Chicago, but after they got bad press for not having company-wide policies for the respectful treatment of wheelchair-users and guide dogs, I deleted my account.
Posted by Kristen Ann Ehrenberger at 12:02 AM