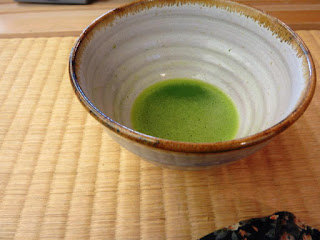 Throwback Thursday: In May 2014, around the time I graduated with my PhD, I finally fulfilled my desire to experience a tea ceremony at the Japan House. I went with a friend, JGD, who has since moved to Montana. For whatever reason, this post remained unwritten for three years. I am happy to relive this memory: the sunshine, the greenery, the culture, and the friendship. Only you'll note that we are wearing jackets, as it was unseasonably cold.

On the appointed day, a group of us was greeted by a volunteer, who explained the history of Japan House and a little bit about the tea ceremony (chado). Since 1964, Japan House has spread understanding and appreciation of Japanese culture through history courses, art lectures, sake tasting, origami folding, flower-arranging and calligraphy workshops. After 9/11, Japan House and local school children sent 3,000 folded paper cranes to New York City. 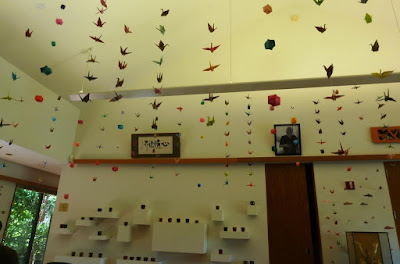 As I recall, the tea ceremony itself was almost uncomfortably quiet. We were invited to appreciate the beauty of each tea bowl and the spareness of the kimono-clad hostess's movements. I distinctly remember that the long kneeling was uncomfortable, especially for someone like me with bad knees. I didn't particularly like the bitter tea, but I drank it. I think there was a little sweet to go with it. 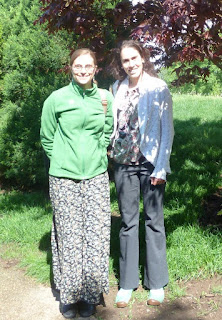 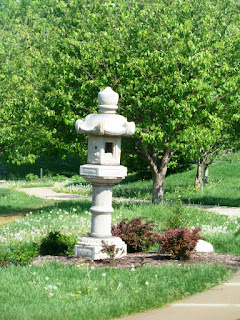 Afterward we walked around the traditional gardens. You should read this excellent description of the philosophy behind them by their master gardener. 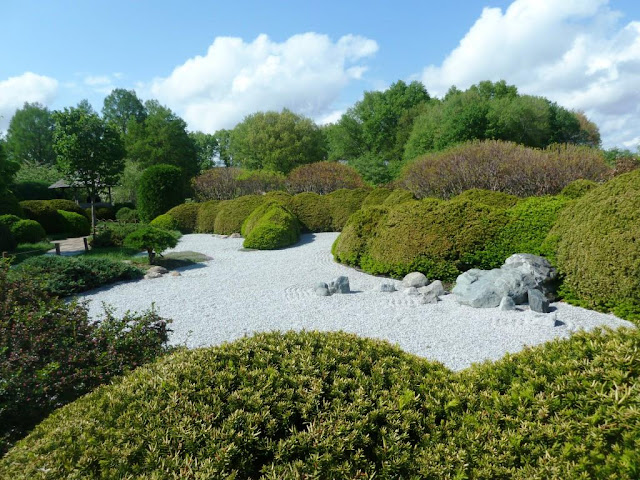 I'll close with a haiku:


Two friends walked their paths:
one to the western mountains
and one to the East.
Posted by Kristen Ann Ehrenberger at 11:51 AM